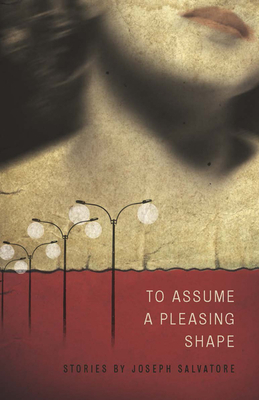 A body-pierced goth girl cage-dances for a living while putting herself through school. A New York City academic reevaluates her closest relationships while considering breast-reduction surgery. A chatty Gulf War veteran is plagued by a sexual identity crisis. The characters in this debut short story collection search for meaning through the crucible of sex. Joseph Salvatore's top-notch literary writing coaxes readers into murky territories as characters spiral deeper into existential rabbit holes.

Joseph Salvatore reviews fiction for The New York Times Book Review. He teaches at The New School where he founded their literary journal LIT. He lives in New York.


Praise For To Assume a Pleasing Shape (American Readers)…

In his debut story collection, Joseph Salvatore presents characters damaged and yet dignified, yearning for something that they seem unable to identify, much less to ask for... Salvatore’s stylized writing coaxes readers into murky territories as his characters spiral deeper into existential rabbit holes.”Calandra Italian American Institute

Joseph Salvatore is a regular fiction reviewer for the New York Times Book Review. He received his M.F.A. in fiction from The New School in 1998 and has gone on to teach writing and literature at Parsons School of Design and The New School. He is the founding editor of The New School's literary journal, LIT. In 2002, he was awarded The New School's Award For Teaching Excellence. His work has been published in, among other places, Open City, Post Road, Sleeping Fish, Routledge's Encyclopedia of Queer Culture, and 110 Stories: New York Writes After September 11th. To Assume A Pleasing Shape is his debut short story collection.
Loading...
or support indie stores by buying on