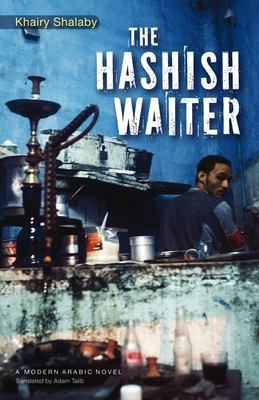 Tucked away in a rundown quarter, just out of sight of fashionable downtown Cairo, a group of intellectuals gather regularly to smoke hashish in Hakeem's den. The den is the center of their lives, both a refuge and a stimulus, and at the center of the den is the remarkable man who keeps their hashish bowls topped up-Rowdy Salih.
While his former life is a mystery to his loyal clientele of writers, painters, film directors, and even window dressers, each sees himself reflected in Salih; but without his humor, humility, or insight, or his occasional passions fueled by hootch. And when the nation has to face its own demons during the peace initiative of the 1970s, it is Rowdy Salih who speaks for them all.
This is a comic novel with a broken heart very like Salih himself, whose warm rough voice calls out long after we have recovered from the novel's painful conclusion.

Khairy Shalaby, born in Kafr al-Shaykh in Egypt's Nile Delta in 1938, has written seventy books. The Lodging House was awarded the Naguib Mahfouz Medal for Literature in 2003. He died on 9 September 2011. Adam Talib is the translator of Mekkawi Said's novel Cairo Swan Song (AUC Press, 2009).
Loading...
or
Not Currently Available for Direct Purchase