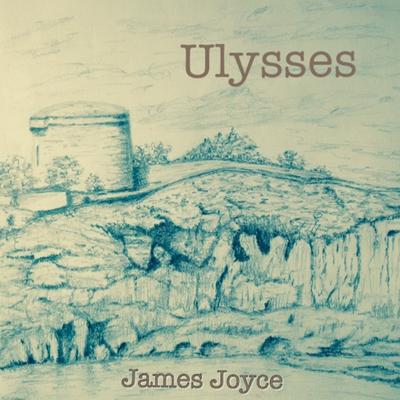 I first decided to record Ulysses in October 2015. Little did I know then what an unforgettable eighteen months lay ahead. Having already recorded Dubliners and Portrait (and being terrified of Ulysses) I decided to give myself a year just to read it. However, after about four episodes I started recording it and became hooked.
Being a Dubliner and having the privilege of walking the pages of this book daily it became a world that absorbed me totally. Almost everywhere I went in Dublin Joyce was there, I kept coming across phrases from the book in real life, I was born in Holles St Hospital some 60 years after the Oxen of the Sun episode was set there. While the city has moved with the times it’s still unavoidable not to get the sense of Joyces Dublin even now.
Some parts of the book are more difficult than others but I found that every word had its place and with a bit of effort and research it came to life. Don’t be put off by its reputation. You don’t need a university degree (though some like to think that you do!). It’s a book for everyone and as you become familiar with the way Joyce writes this becomes obvious.
I’ve tried to bring out the Dublin wit and the unique language of its people and I hope that this adds to the enjoyment of this great book.
I would like to add a special note of thanks and admiration to the wonderful reading of Molly Bloom’s soliloquy given by Kayleigh Payne. Famed for its lack of punctuation and rambling nature this iconic piece of writing is beautifully interpreted and sensitively portrayed. Kayleigh’s work has brought a new dimension to the recording and I am eternally grateful.
I would also like to thank my wife, Paula, for the wonderful artwork she created for the cover. It depicts the Martello tower at Sandycove, the place where it all began.
Finally, my advice is, get yourself a copy of the book and read along with the recording. There may be slight variations between different versions but don’t worry about that, they’re generally the same. Don’t expect to understand all at first. You’ll get a good sense of the story and can go deeper with subsequent readings. To me this is a book for life and after 18 months working on it I’m looking forward to a lifetime of enjoying it. I hope you do too.
Tadhg Hynes.