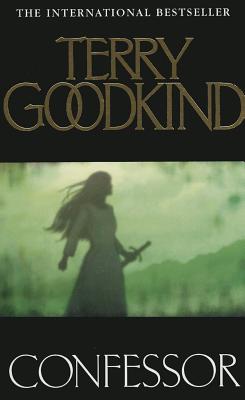 The climactic conclusion to Goodkind's "New York Times"-bestselling Sword of Truth series. Descending into darkness, those people still free are powerless to stop the coming dawn of a savage new world. Alone, Richard must bear the weight of a sin he dares not confess to the one person he loves--and has lost.

Terry Goodkind is a #1 "New York Times" bestselling author. His books include the eleven-volume Sword of Truth series, beginning with "Wizard's First Rule," the basis for the television show Legend of the Seeker. Goodkind was born and raised in Omaha, Nebraska, where he also attended art school. Alongside a career in wildlife art, he has also been a cabinetmaker and a violin maker, and he has done restoration work on rare and exotic artifacts from around the world -- each with its own story to tell, he says. While continuing to maintain the northeastern home he built with his own hands, in recent years he and his wife Jeri have created a second home in the desert Southwest, where he now spends the majority of his time.
Loading...
or
Not Currently Available for Direct Purchase