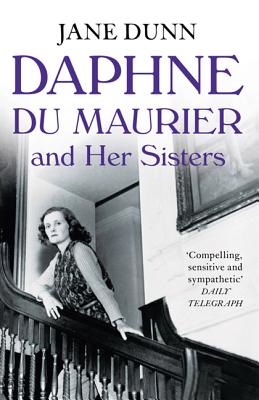 Daphne Du Maurier and Her Sisters

Celebrated novelist Daphne Du Maurier and her sisters, eclipsed by her fame, are revealed in all their surprising complexity in this riveting new biography.

The middle sister in a famous artistic dynasty, Daphne du Maurier is one of the master storytellers of our time, author of 'Rebecca', 'Jamaica Inn' and 'My Cousin Rachel', and short stories, 'Don't Look Now' and the terrifying 'The Birds' among many. Her stories were made memorable by the iconic films they inspired, three of them classic Hitchcock chillers. But it was her sisters, writer Angela and artist Jeanne, who found the courage to defy the conventions that hampered Daphne's emotional life.

In this group biography they are considered side by side, as they were in life, three sisters who grew up during the 20th century in the glamorous hothouse of a theatrical family dominated by a charismatic and powerful father. This family dynamic reveals the hidden world of the three sisters - Piffy, Bird & Bing, as they were known to each other - full of social non-conformity, love, rivalry and compulsive make-believe, their lives as psychologically complex as a Daphne du Maurier novel.

Described by the Sunday Times as 'one of our best biographers', Jane Dunn writes about women and their relationships, and sisters in particular. Her books include a biography of the sisters Virginia Woolf and Vanessa Bell and the bestseller 'Elizabeth & Mary', which looks at the lives of the cousin queens Elizabeth I and Mary Queen of Scots. She is a Fellow of the Royal Society of Literature and lives in Bath with her husband the writer and linguist, Nicholas Ostler.
Loading...
or
Not Currently Available for Direct Purchase