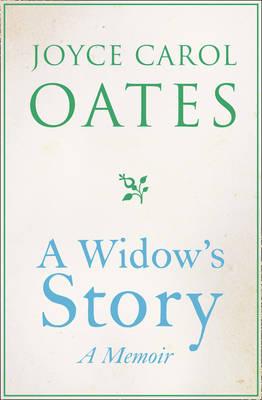 A Memoir. by Joyce Carol Oates

“This book details not only a 'siege,' as Oates puts it, but also a pilgrimage - one that tracks the author's journey through the complicated stages of her grief. It is an intimate, unflinching portrait of a woman who has remained somewhat of an enigma, though a prolific and respected one. Raymond Smith, Oates' husband of 48 years and the editor of the Ontario Review, died unexpectedly in 2008. In a literary and yet wrenching account, Oates leaves nothing out as readers stumble along with her and discover what it means to be a 'widow.'”
— Jenny Lyons, The King's English, Salt Lake City, UT
View the List

On a February morning in 2008, Joyce Carol Oates drove her ailing husband, Raymond Smith, to the emergency room of the Princeton Medical Center, where he was diagnosed with pneumonia. In less than a week, Ray died from a hospital-acquired virulent infection--and Joyce was suddenly faced with the stunning reality of widowhood.

"A Widow's Story" illuminates one woman's struggle to comprehend a life absent of the partnership that had sustained and defined her for nearly half a century. As never before, Joyce Carol Oates shares the derangement of denial, the anguish of loss, the disorientation of the survivor amid a nightmare of "death duties," and the solace of friendship. Here is a frank acknowledgment of the widow's desperation--only gradually yielding to the recognition that "this is my life now."

Enlivened by the piercing vision, acute perception, and mordant humor that are the hallmarks of the work of Joyce Carol Oates, this moving tale of life and death, love and grief, offers a candid, never-before-glimpsed view of this acclaimed author and fiercely private woman.