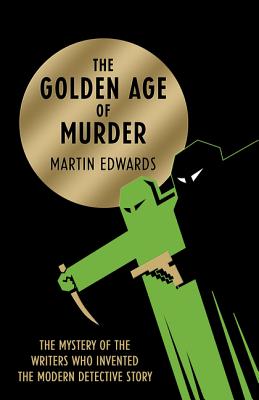 The Golden Age of Murder

Detective stories of the Twenties and Thirties have long been stereotyped as cosily conventional. Nothing could be further from the truth.

The Golden Age of Murder tells for the first time the extraordinary story of British detective fiction between the two World Wars. A gripping real-life detective story, it investigates how Dorothy L. Sayers, Anthony Berkeley, Agatha Christie and their colleagues in the mysterious Detection Club transformed crime fiction. Their work cast new light on unsolved murders whilst hiding clues to their authors' darkest secrets, and their complex and sometimes bizarre private lives.

Crime novelist and current Detection Club President Martin Edwards rewrites the history of crime fiction with unique authority, transforming our understanding of detective stories, and the brilliant but tormented men and women who wrote them.

Martin Edwards has published eighteen crime novels, including series set in Liverpool and the Lake District. He has won the CWA Short Story Dagger and CWA Margery Allingham Prize, and his latest book, The Golden Age of Murder, won the Edgar, Agatha, Macavity and H.R.F.Keating awards. Martin is consultant for the British Library's Classic Crime series, as well as Chair of the CWA and President of the Detection Club. He has edited 30 anthologies, published about 60 short stories, and written seven other non-fiction books.
Loading...
or support indie stores by buying on
(This book is on backorder)