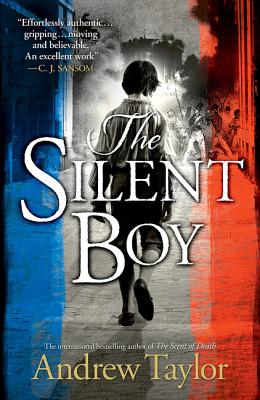 From the No. 1 bestselling author of THE AMERICAN BOY comes a brilliant new historical thriller set during the French Revolution. Selected as Historical Novel of the Year by The Times and Sunday Times, and picked as one of Radio 4's Crime Books of the Year.

Paris, 1792. Terror reigns as the city writhes in the grip of revolution. The streets run with blood as thousands lose their heads to the guillotine. Edward Savill, working in London as agent for a wealthy American, receives word that his estranged wife Augusta has been killed in France. She leaves behind ten-year-old Charles, who is brought to England to Charnwood Court, a house in the country leased by a group of migr refugees.

Savill is sent to retrieve the boy, though it proves easier to reach Charnwood than to leave. And only when Savill arrives there does he discover that Charles is mute. The boy has witnessed horrors beyond his years, but what terrible secret haunts him so deeply that he is unable to utter a word?

Andrew Taylor is the multiple award-winning author of The American Boy, his No. 1 bestselling historical novel which was a 2005 Richard & Judy Book Club choice. He has won many awards, including the CWA John Creasey New Blood Dagger, an Edgar Scroll from the Mystery Writers of America, the CWA Ellis Peters Historical Award (the only author to win it three times) and the CWA's prestigious Diamond Dagger, awarded for sustained excellence in crime writing.
Loading...
or
Not Currently Available for Direct Purchase