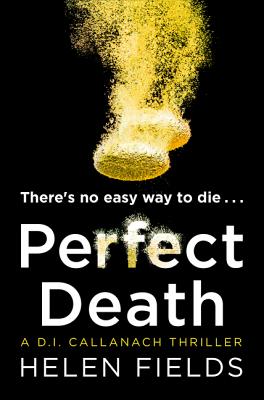 'Without doubt, this is one of the best detective series I have read.' Woman's Way Magazine

Your new addiction starts here: get hooked on the #1 bestselling series. Perfect for fans of Karin Slaughter and M.J. Arlidge.

Unknown to DI Luc Callanach and the newly promoted DCI Ava Turner, a serial killer has Edinburgh firmly in his grip. The killer is taking his victims in the coldest, most calculating way possible - engineering slow and painful deaths by poison, with his victims entirely unaware of the drugs flooding their bloodstream until it's too late.

But how do you catch a killer who hides in the shadows? A killer whose pleasure comes from watching pain from afar? Faced with their most difficult case yet, Callanach and Turner soon realise they face a seemingly impossible task...

Helen Fields studied law at the University of East Anglia, then went on to the Inns of Court School of Law in London. After completing her pupillage, she joined chambers in Middle Temple where she practised criminal and family law for thirteen years. After her second child was born, Helen left the Bar.Together with her husband David, she runs a film production company, acting as script writer and producer. Perfect Remains is set in Scotland, where Helen feels most at one with the world. Helen and her husband now live in Los Angeles with their three children and two dogs.
or
Buy Here
Copyright © 2020 American Booksellers Association