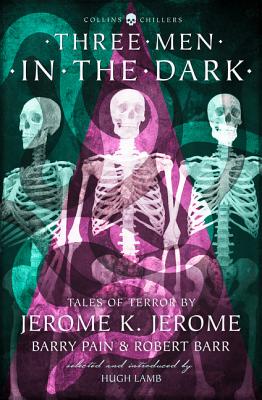 Three Men in the Dark

Jerome K. Jerome's reputation as a humorist, renowned for his comic novel Three Men in a Boat, has thrown into undeserved obscurity his fine efforts in the ghost story genre.

Three Men in the Dark collects Jerome's major horror stories, together with a selection from two of his friends with whom he founded the magazines The Idler and Today - the journalist Robert Barr and the humorist Barry Pain. Like Jerome, their stories of terror and the supernatural have been overlooked for many years.

Edited and introduced by veteran anthologist Hugh Lamb, this new edition includes as an extra bonus the long-lost novelette, 'The Mystery of Black Rock Creek'. Written in five parts by Jerome K. Jerome, Barry Pain, Eden Phillpotts, E. F. Benson and Bram Stoker's brother-in-law Frank Frankfort Moore, it rounds off one of the most unusual and entertaining anthologies of the macabre of recent years.