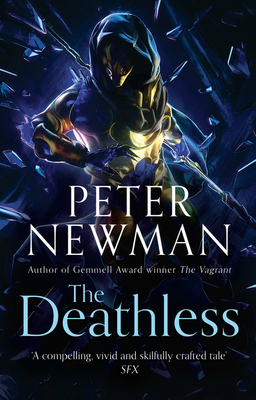 From the Gemmell Award-winning author of THE VAGRANT, a thrilling new series of power, intrigue, and magic.

In the endless forests of the Wild, humanity scratches a living by the side of the great Godroads, paths of crystal that provide safe passage and hold back the infernal tide. Creatures lurk within the trees, watching, and plucking those who stray too far from safety.

In crystal castles held aloft on magical currents, seven timeless royal families reign, protecting humanity from the spread of the Wild and its demons. Born and reborn into flawless bodies, the Deathless are as immortal as the precious stones from which they take their names. For generations a fragile balance has held.

House Sapphire, one of the ancient Deathless families, is riven by suspicion and madness. Whole villages are disappearing as the hunting expeditions holding the Wild at bay begin to fail.