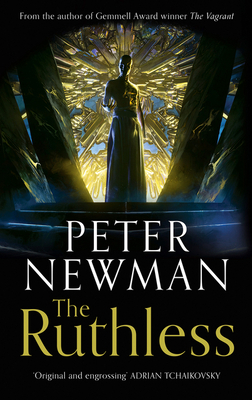 The Ruthless (the Deathless Trilogy, Book 2)

Return to a world of crystal armour, savage wilderness, and corrupt dynasties in book two of The Deathless series from Gemmell award-winning author Peter Newman.

THE REBEL
For years, Vasin Sapphire has been waiting for the perfect opportunity to strike. Now, as other Deathless families come under constant assault from the monsters that roam the Wild, that time has come.

THE RUTHLESS
In the floating castle of Rochant Sapphire, loyal subjects await the ceremony to return their ruler to his rightful place. But the child raised to give up his body to Lord Rochant is no ordinary servant. Strange and savage, he will stop at nothing to escape his gilded prison.

AND THE RETURNED...
Far below, another child yearns to see the human world. Raised by a creature of the Wild, he knows their secrets better than any other. As he enters into the struggle between the Deathless houses, he may be the key to protecting their power or destroying it completely.

THE WILD HAS BEGUN TO RISE