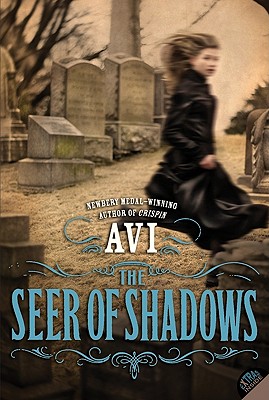 The Seer of Shadows

Horace Carpetine does not believe in ghosts.

Raised to believe in science and reason, Horace Carpetine passes off spirits as superstition. Then he becomes an apprentice photographer and discovers an eerie—and even dangerous—supernatural power in his very own photographs.

When a wealthy lady orders a portrait to place by her daughter's gravesite, Horace's employer, Enoch Middleditch, schemes to sell her more pictures—by convincing her that her daughter's ghost has appeared in the ones he's already taken.

It's Horace's job to create images of the girl. Yet Horace somehow captures the girl's spirit along with her likeness. And when the spirit escapes the photographs, Horace discovers he's released a ghost bent on a deadly revenge. . . .


Praise For The Seer of Shadows…

“This tale proves that the time-honored ghost story, capably researched, well-paced and fusing the Gothic elements of mystery, madness and romance, can still thrill in the hands of a skilled craftsman.”
— Kirkus Reviews

“In perhaps his best work yet, Avi has created a truly chilling tale that will stay with the reader long after the last page is turned and the lights are turned out.”
— Children's Literature

Avi is the award-winning author of more than eighty-two books for young readers, ranging from animal fantasy to gripping historical fiction, picture books to young adult novels. Crispin: The Cross of Lead won the Newbery Medal, and The True Confessions of Charlotte Doyle and Nothing But the Truth were awarded Newbery Honors. He is also the author of the popular Poppy series. Avi lives in Denver, Colorado. Visit him online at www.avi-writer.com.