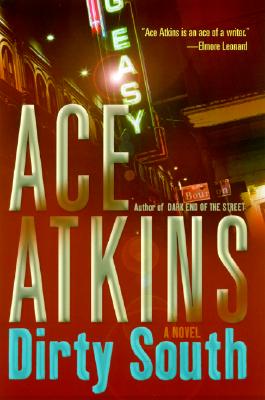 "What would you do if you only had twenty
four hours to save the life of a friend?

Searching for lost souls and solving problems was never Nick Travers's intention when he started doing favors for his buddies. A former football player who sometimes teaches blues history at Tulane, Nick would rather just watch the Louisiana rain and listen to old Muddy Waters records.

But when music mogul Teddy Paris, a former teammate from the New Orleans Saints, visits Nick and asks him to help find $700,000 taken from a rap prodigy, Nick can't turn down his friend. The missing money will pay a bounty on Paris's head that was set by a crosstown rival, a street-hard thug named Cash.

Nick soon finds himself lost in the world of Gucci-lined Bentleys and endless bottles of Cristal champagne. He sets out with fifteen-year-old rap star, ALIAS, seeking a team of grifters that conned the kid. But uncertainty, the constant threat of violence, and a phantom grave robber haunt their search. When a killer hits too close, Nick takes ALIAS with him to the Mississippi Delta, where he comes under the protection and guidance of Nick's mentor, blues legend JoJo Jackson, and his wife, Loretta.

Soon Nick, JoJo, and another old-school Delta tough guy do battle in the Dirty South rap world where money, sex, and murder threaten to take down Paris's empire and destroy ALIAS. As cultures clash, the story winds its way through the infamous Calliope housing projects, the newly built mansions of New Orleans's lake-front, and ultimately to the brackish muck of the Bayou Savage.

"Dirty South is a thrilling tale of friendship, betrayal, revenge, and trust from a fresh and hip new voice. Take a ride to theother side of New Orleans, away from the neon gloss of Bourbon Street, to see what the dirty south is all about.