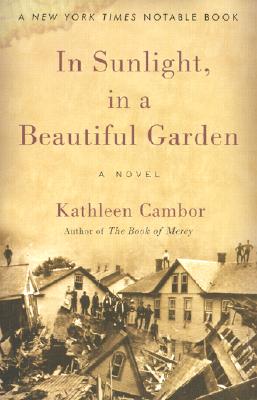 In Sunlight, in a Beautiful Garden

In Sunlight, in a Beautiful Garden is the story of a bittersweet romance set against the backdrop of the Johnstown, Pennsylvania, flood -- a tragedy that cost some 2,200 lives when the South Fork Dam burst on Memorial Day weekend, 1889. The dam was the site of a gentlemen's club that attracted some of the wealthiest industrialists of the day -- Henry Clay Frick, Andrew Mellon, and Andrew Carnegie -- and served as a summertime idyll for the families of the rich. In Sunlight, in a Beautiful Garden imagines the lives that were lived, lost, and irreparably changed by a tragedy that could have been averted.

Kathleen Cambor is the author of The Book of Mercy, which was a finalist for the PEN/Faulkner Prize and was awarded the Janet Heidinger Kafka Prize for Excellence in Fiction by an American Woman. For her work on In Sunlight, in a Beautiful Garden, she was awarded the 2001 Guggenheim Fellowship. From 1997 until the end of 2000, she directed the Creative Writing Program at the University of Houston. She is at work on her third novel and lives with her husband in Houston, Texas.