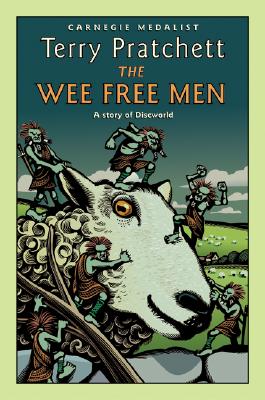 
Praise For The Wee Free Men…

“Wonderful language, genuinely scary explorations, and a young girl whose growing up is believable and exciting.”
— The Chicago Tribune

“Just the package to appeal to those who admire not just a brave heart but a quick comeback as well.”
— The Horn Book (starred review)

“The Carnegie Medal winner’s fans will not be disappointed.”
— Kirkus Reviews (starred review)

“The humor and the danger will appeal to Discworld fans and also readers who relish J. K. Rowling’s Harry.”
— ALA Booklist

“A lovely romp for Pratchett fans of all ages.”
— Locus

“Perfect for anyone who enjoys The Princess Bride and the works of Douglas Adams.” (starred review)
— KLIATT