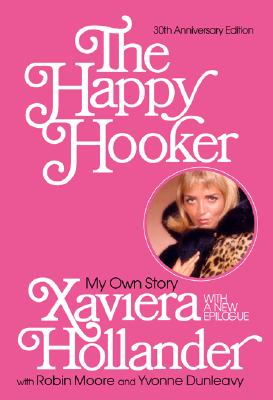 The 30th anniversary edition of one of the modern classics of the sexual revolution—with a new Afterword by the author.

An international phenomenon upon its initial publication in 1972, The Happy Hooker established Xaviera Hollander—previously the most powerful madam in New York City—as the world's best-known observer and commentator on sexual issues. A racy account of her life behind the brothel door, The Happy Hooker became an instant classic that marked the intersection between the Playboy generation and the sexual revolution of the feminist era. Hollander left no vice unturned, covering lesbianism, bondage, and other sexual appetites with a frank tone that left the reader with no doubt that they were listening to a master…or mistress, as it were.

Now restored gloriously to print in a first-ever trade paperback edition, The Happy Hooker will reintroduce a whole new generation to the carefree days of swinging in the '60s and '70s.

Xaviera Hollander's first book, The Happy Hooker, was published in 1972; since then it has been translated into fifteen languages and sold millions of copies around the world. Hollander began writing the column Call Me Madam in Penthouse that same year -- a role she fulfills to this day -- and has been named the magazine's most popular columnist. Now a promoter of the arts in her native Holland and the author of more than a dozen books, she divides her time between Spain and Amsterdam.