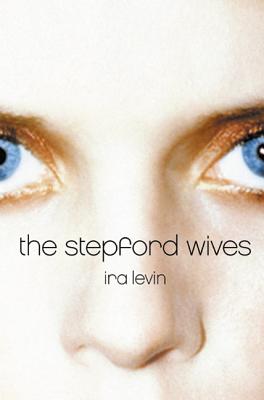 The internationally bestselling novel by the author of A Kiss Before Dying, The Boys from Brazil, and Rosemary's Baby

With an Introduction by Peter Straub

For Joanna, her husband, Walter, and their children, the move to beautiful Stepford seems almost too good to be true. It is. For behind the town's idyllic facade lies a terrible secret -- a secret so shattering that no one who encounters it will ever be the same.

At once a masterpiece of psychological suspense and a savage commentary on a media-driven society that values the pursuit of youth and beauty at all costs, The Stepford Wives is a novel so frightening in its final implications that the title itself has earned a place in the American lexicon.


Praise For The Stepford Wives…

“[Ira Levin] is the Swiss watchmaker of the suspense novel.” — Stephen King

“An efficient German motorcar of a book--masterful, ridiculously well crafted, and, like the ladies of Stepford themselves, flawless.” — Esquire

Novelist and playwright Ira Levin (1929-2007) was a native New Yorker whose books include A Kiss Before Dying, Rosemary's Baby, This Perfect Day, The Stepford Wives, The Boys from Brazil, Sliver, and Son of Rosemary. His plays include No Time for Sergeants, Critic's Choice, and the longest-running thriller in Broadway history, Deathtrap. An alumnus of New York University, Levin also wrote the lyrics of the Barbra Streisand classic "He Touched Me," and was the recipient of three Edgar Allan Poe Awards from the Mystery Writers of America (including 2003's 'Grand Master'), as well as the Horror Writers Association's Bram Stoker Award for lifetime achievement.