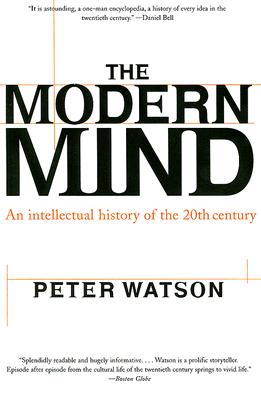 An Intellectual History of the 20th Century

From Freud to Babbitt, from Animal Farm to Sartre to the Great Society, from the Theory of Relativity to counterculture to Kosovo, The Modern Mind is encyclopedic, covering the major writers, artists, scientists, and philosophers who produced the ideas by which we live. Peter Watson has produced a fluent and engaging narrative of the intellectual tradition of the twentieth century, and the men and women who created it.