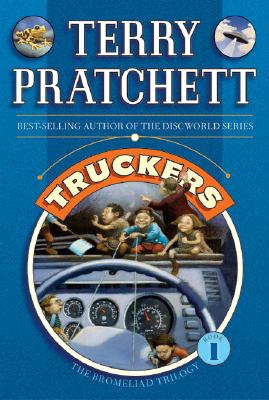 They're four inches tall
in a human-sized world.

Under the floorboards of the Store is a world of four-inch-tall nomes that humans never see. It is commonly known among these nomes that Arnold Bros. created the Store for them to live in, and he declared: "Everything Under One Roof." Therefore there can be no such thing as Outside. It just makes sense.

That is, until the day a group of nomes arrives on a truck, claiming to be from Outside, talking about Day and Night and Snow and other crazy legends. And they soon uncover devastating news: The Store is about to be demolished. It's up to Masklin, one of the Outside nomes, to devise a daring escape plan that will forever change the nomes' vision of the world. . . .


Praise For The Bromeliad Trilogy: Truckers…