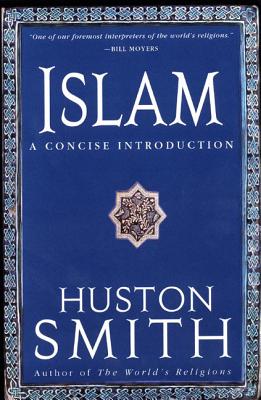 The world's premier authority on religious traditions presents a concise and timely guide to the history, teachings, and practice of Islam.

Drawn from his masterful presentation of Islam in the bestselling book The World's Religions (over two million copies sold), Huston Smith offers a revealing look into the heart of a tradition with more than one billion adherents worldwide. Dispelling narrow and distorted notions about the nature of Islam and featuring a new introduction by the author, this book compellingly conveys the profound appeal of Islam, while addressing such timely issues as the true meaning of jihad, the role of women in Islamic societies, and the remarkable growth of Islam in America.

Huston Smith is internationally known and revered as the premier teacher of world religions. He is the focus of a five-part PBS television series with Bill Moyers and has taught at Washington University, the Massachusetts Institute of Technology, Syracuse University, and the University of California at Berkeley. The recipient of twelve honorary degrees, Smith's fifteen books include his bestselling The World's Religions, Why Religion Matters, and his autobiography, Tales of Wonder.