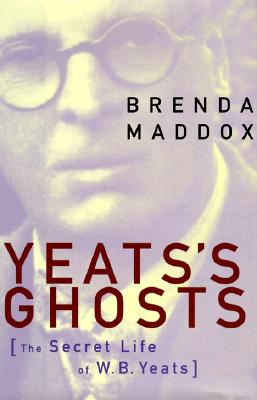 The Secret Life of W. B. Yeats

Brenda Maddox, the award-winning, world-renowned biographer, looks at one of the towering literary figures of the twentieth century, W.B. Yeats, through the lens of the Automatic Script, the trancelike communication with supposed spirits that he and his much younger wife, George, conducted during the early years of their marriage. The full transcript of this intense occult adventure was not available until 1992 and remains virtually untouched by biographers. The vision papers covered more than 3,600 pages of writing, symbols and obsure diagrams penned by Yeats's wife during their 450 sitting of automatic writing. Maddox finds the scripts to have been a ghostly form of family planning--as well as one of the most ingenious ploys ever used by a wife to take her husband's mind off another woman.

This revealing biography flashed back to Yeats's early years (1865-1900), to the least-examined important woman in his life: his silent, dreamy mother, whose Irish ghost stories steered him into his occultist path. The book then returns to the mature Yeats, to analyze, with new information and a sharp feminine perspective, his public career in Ireland, his sexual rejuvenation operation and his obsession with several younger women--and related them all the triumph of his late poetry.

While much has been written about Yeats, until now no one has managed to convey the humane nature of the man and get behind the "smiling public man" to expose the intense privacy and passions of a powerful and often misunderstood artist.