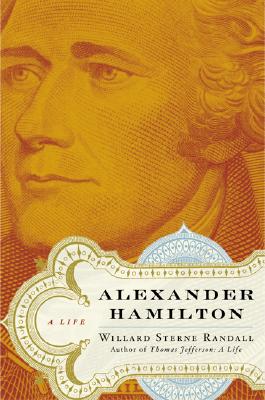 In the first full, one-volume biography of Alexander Hamilton in more than two decades, award-winning historian Willard Sterne Randall takes a fresh look at one of the most brilliant, conflicted, and elusive of our nation's founders.

Orphaned at thirteen and apprenticed in a counting house, the precocious Hamilton learned principles of business that helped him, as the first U.S. secretary of the treasury, to create the American banking system and invent the modern corporation. But first the staunch, intrepid Hamilton served in the American Revolution, primarily as aide-de-camp to General Washington, acting as Washington's spymaster. Forging a successful legal career, Hamilton coauthored The Federalist Papers and plunged into politics. Irresistibly attractive to women, he was a man of many gifts, but he could be arrogant and was at times a poor judge of character.

From his less than auspicious start in 1755 on the Caribbean island of Nevis to his untimely death in a duel with his old enemy Aaron Burr in 1804, Alexander Hamilton, despite his short and tragic life, left a huge legacy.

Willard Sterne Randall is the prize-winning author of thirteen books, including Ethan Allen: His Life and Times; A Little Revenge: Benjamin Franklin at War with His Son; Thomas Jefferson: A Life; George Washington: A Life; and Benedict Arnold: Patriot and Traitor. A finalist for the Los Angeles Times Book Prize, he is a professor of history at Champlain College and lives in Burlington, Vermont.