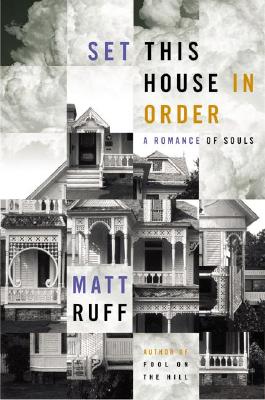 Set This House in Order (Hardcover)

A Romance of Souls

"I suppose I should tell you about the house.... The house, along with the lake, the forest, and Coventry, are all in Andy Gage's head, or what would have been Andy Gage's head if he had lived. Andy Gage was horn in 1965 and murdered not long after by his stepfather ... It was no ordinary murder.. though the torture and abuse that killed him were real, Andy Gage's death wasn't. Only his soul actually died, and when it died, it broke in pieces. Then the pieces became souls in their own right, coinheritors of Andy Gage's life. . . . "

From the author of the cult classic Fool on the Hill comes a strange and moving story of self-discovery. Andy Gage was "born" just two years ago, called into being to serve as the public face of a multiple personality. While Andy deals with the outside world, more than a hundred other souls share an imaginary house inside Andy's head, struggling to maintain an orderly co-existence: Aaron, the father figure, who makes the rules; Adam, the mischievous teenager, who breaks them; Jake, the frightened little boy; Aunt Sam, the artist; Seferis, the defender; and Gideon, the dark soul, who wants to get rid of Andy and the others and run things on his own.

Andrew's new coworker, Penny Driver, is also a multiple personality -- a fact that Penny is only partially aware of. When several of Penny's other souls ask Andy for help, Andy reluctantly agrees, setting in motion a chain of events that threatens to destroy the stability of the house. Now Andy and Penny must work together to uncover a terrible secret that Andy has been keeping from himself....


Praise For Set This House in Order: A Romance of Souls…

“...his matter-of-fact depiction of the relationships between different personalities is remarkable for its imaginative details.”
— Publishers Weekly (starred review)

“Set This House in Order brings extraordinary warmth to the chilliest of childhoods.”
— O magazine
or
Not Currently Available for Direct Purchase
Copyright © 2020 American Booksellers Association