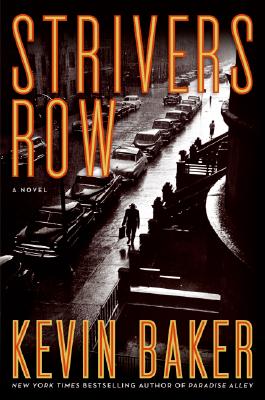 The Rev. Jonah Dove is the son of a legendary Harlem minister, and a man troubled in both mind and spirit. He feels himself unworthy and incapable of taking up the burden of running his church from the larger-than-life figure who is his father. He is haunted both by his own, shameful history of "passing" as a white man in college, and by the prospects for his people in the harsh, new, racist age he fears the world is entering. Malcolm Little -- better known as Malcom X -- is a teenage hustler from Lansing, Michigan by way of Boston, a young man on the make, trying always to be something bigger, tougher, savvier, and more confident than he really is.

On his way to New York, Malcolm happens to come to the rescue of Jonah and his wife, Amanda, when they are attacked by some drunken soldiers on the train. From then on, their paths cross repeatedly as they each go about trying to find what they really want out of the roiling, wartime city, until the moment when Harlem finally erupts around them, as a people driven beyond endurance strikes out blindly at all the forces keeping it entrapped in misery and hopelessness. Stranded on the streets of a rioting city, Jonah and Malcolm meet each other once more, as they come to grips with what they are and what the future will hold for them.

"Baker plunges audaciously into the world of Harlem in the early 1940's ... fresh and new."
-New York Times Book Review