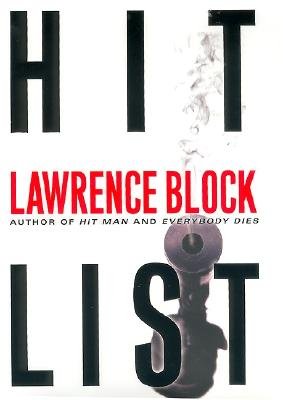 Keller is a regular guy, a solid citizen. Call him for jury duty and he serves without complaint. He goes to the movies, watches the tube, browses the art galleries, and works diligently on his stamp collection. But every now and then a call from the breezily efficient Dot sends him off to kill a total stranger. He takes a plane, rents a car, finds a hotel room, and gets back before the body is cold.

He's a real pro, cool and dispassionate and very good at what he does. Until one day when Dot breaks her own rule and books him for a hit in New York, his home base. She sends him to an art gallery opening, and the girl he gets lucky with steers him to an astrologer. He's a Gemini, his moon's in Taurus . . . and he's got a murderer's thumb.

Then the jobs start to go wrong. Targets die before he can draw a bead on them. The realization is slow in coming, but there's no getting around it: Somebody out there is trying to hit the hit man. Keller, God help him, has found his way on to somebody else's hit list.

Darker than Keller's conscience, and as riveting, surprising, and wickedly funny as his sensational New York Times bestselling debut, Hit Man, Lawrence Block's Hit List only serves to confirm the Wall Street Journal's estimation of the multiple-award-winning author as "one of the very best writers now working the beat."