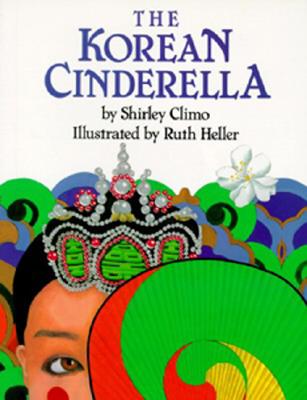 This is an enchanting and magical variant of the favorite fairy tale. Publishers Weekly noted that "the text is especially noteworthy for its instructive but unobtrusive incorporation of Korean words." Children's Literature pointed out that "it should be noted that all the illustrations—from those depicting Korean rituals to the smallest clothing details—are the result of the illustrator's extensive research and passionate interest in Korean culture."

Like the tree planted to honor her birth, Pear Blossom is beautiful, and the pride of her elderly mother and father. But then her mother dies, and her father remarries. Pear Blossom’s stepmother resents her new daughter’s beauty.

Out of jealousy, she makes Pear Blossom perform impossible chores while her own daughter, Peony, watches idly. But fortunately, Pear Blossom is not alone. With the help of magical creatures—togkabis—she can accomplish each task, and triumph over her stepmother’s cruelty.

Shirley Climo's love of folklore began in her childhood and has provided the background for many of her children's books, such as The Korean Cinderella, Magic & Mischief: Tales from Cornwall, A Treasury of Princesses: Princess Tales from Around the World, A Treasury of Mermaids: Mermaid Tales from Around the World, and Someone Saw a Spider: Spider Facts and Folktales, an NCTE Teacher's Choice and Library of Congress Best Children's Book that was originally inspired by her research for Cobweb Christmas. Mrs. Climo and her husband live in Los Altos, California.