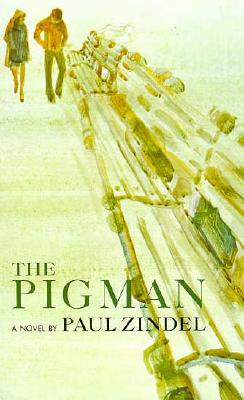 Join the millions of readers who have discovered The Pigman, the beloved, groundbreaking young adult classic from Paul Zindel, the Pulitzer Prize-winning author of The Effect of Gamma Rays on Man-in-the-Moon Marigolds.

In The Pigman, what begins as a teenage prank soon becomes a timeless examination of grief, acceptance, and the transformative power of friendship. High-school sophomores John and Lorraine had no idea what they were starting when they made a prank phone call to a stranger named Angelo Pignati. Virtually overnight, they befriended the old man. But now Mr. Pignati is dead. And for John and Lorraine, the only way to find peace is to write down their friend's story—the true story of the Pigman.