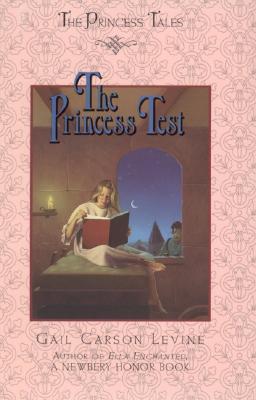 In The Princess Test, King Humphrey has decided its time for his son, Prince Nicholas, to marry. But he must make sure the bride is a real princess. So he devises a series of princess tests, designed to weed out the phonies and the fakes. Meanwhile, Nicholas has fallen in love with Lorelei, a mere blacksmith's daughter. She's no princess, but he wants to marry her all the same--but how will she ever pass the terrible tests?

In these first two delightfully entertaining, laugh-out-loud Princess Tales, Gail Levine gently spoofs the notion that fairies are always right and that tests can never prove a persons worth, but holds fast to the notion that true love will always win in the end.