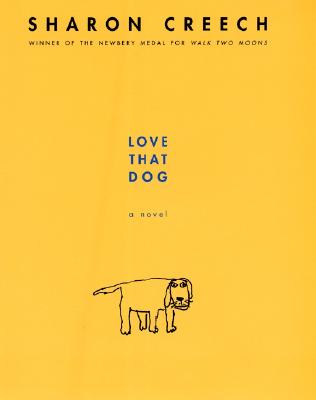 Jack hates poetry. Only girls write it and every time he tries to, his brain feels empty. But his teacher, Miss Stretchberry, won't stop giving her class poetry assignments—and Jack can't avoid them. But then something amazing happens. The more he writes, the more he learns that he does have something to say.


Praise For Love That Dog: A Novel…

“Readers will love that dog, and this book.”
— Publishers Weekly (*Starred Review*)

“A poignant, funny picture of a child’s encounter with the power of poetry. This book is a tiny treasure.”
— School Library Journal (*Starred Review*)

“Eventually, Jack learns that poetry might be just the way to process some things in his life. This book, and Miss Stretchberry, are magic.” One of the 11 Best Teachers in Children’s Literature
— Brightly
or
Buy Here
Copyright © 2020 American Booksellers Association