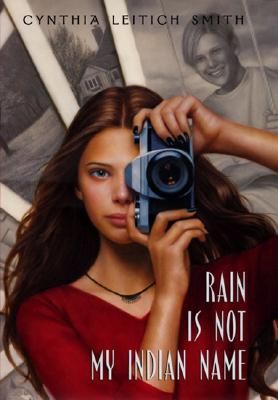 Rain Is Not My Indian Name

The next day was my fourteenth birthday, and I'd never kissed a boy--domestic style or French. Right then, I decided to get myself a teen life.

Cassidy Rain Berghoff didn't know that the very night she decided to get a life would be the night that Galen would lose his.

It's been six months since her best friend died, and up until now Rain has succeeded in shutting herself off from the world. But when controversy arises around her aunt Georgia's Indian Camp in their mostly white midwestern community, Rain decides to face the outside world again--at least through the lens of her canera.

Hired by her town newspaper to photograph the campers, Rain soon finds that she has to decide how involved She wants to become in Indian Camp. Does she want to keep a professional distance from the intertribal community she belongs to? And just how willing is she to connect with the campers after her great loss?

In a voice that resonates with insight and humor, Cynthia Leitich Smith tells of heartbreak, recovery, and reclaiming one's place in the world.


Praise For Rain Is Not My Indian Name…

“Rain's observations are appealingly wry, and readers …will find food for thought in this exploration of cultural identity. ”
-The Bulletin for the Center for Children's Books

"A wonderful novel of a present-day teen and her 'patch-work tribe."
-School Library Journal