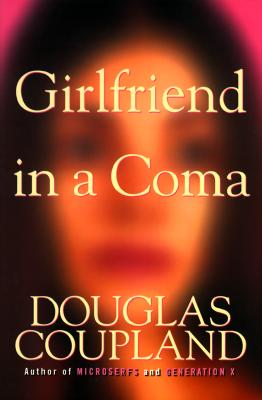 Girlfriend in a Coma

On a snowy Saturday night in 1979, after making love for the first time, high school senior Karen Ann McNeil confides the dark visions she's been suffering to her boyfriend, Richard. Only a few hours later she descends into a coma. Nine months after that, she gives birth to a daughter, Megan, her child by Richard.

Karen remains comatose for the next 18 years. Richard and her circle of friends reside in an emotional purgatory throughout the next two decades, passing through careers as models, film special-effects technicians, doctors and demolition experts before finally being reunited while working on a conspiracy-driven supernatural series.

Upon Karen's reawakening, life grows as surreal as the television show. Strange, apocalyptic events begin to occur. Later, amid the world's rubble, Karen, Richard and their friends attempt to restore their own humanity.


Praise For Girlfriend in a Coma…

“His strongest novel to date.”
— People

“Part Stephen King, part It’s a Wonderful Life, with a little of his own Generation X thrown in, Coupland’s immensely readable . . . novel shows him scared of the future and sounding the alarm for the millennium.”
— Booklist

“To call Coupland the John Bunyon of his set would not be hyperbole, especially in light of his newest book, the...fantastical Girlfriend in a Coma, which at times approaches a jeremiad worthy of Kurt Vonnegut...[A] rousingly old-fashioned and genuinely spooky morality play.”
— The Washington Post

Douglas Coupland is the author of twelve novels, including Generation X and Microserfs, and several works of nonfiction, including Polaroids from the Dead. He lives and works in Vancouver, Canada.