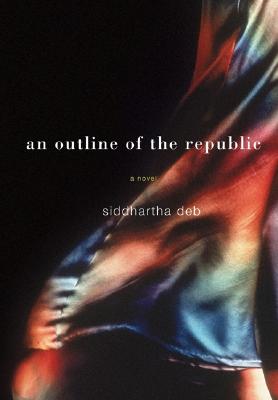 An Outline of the Republic

"They gave me the vaguest of assignments before packing me off to the region, introducing the subject late one night in the company urinals." So begins the story of Amrit, a young, disillusioned journalist at a Calcutta daily, a Sikh, who finds a disturbing photograph of a woman and decides to investigate the story of her life and the violent incident captured by the photograph. His research takes him halfway across India, to a region of seven hill states bordered by China and Burma, where drugs, guns, and timber sustain the crumbling economy and where militancy and insurgent movements brew, threatening to spill over into a larger conflict. Amrit's journey is as uncertain as the woman he wishes to find, interrupted by odd mishaps, intrusive strangers with disturbing stories, false leads, and, above all, disquieting rumors about a man running something called the Prosperity Project -- a man who may have the answers to all Amrit's questions.

A dramatic and tense narrative that sheds new light on India at moral, political, and social crossroads, An Outline of the Republic is a suspenseful, epic novel that traces the boundaries between illusion and reality, and the lives of people caught in the middle.


Praise For An Outline of the Republic: A Novel…

“A sophisticated adventure novel. . . . Deb [is] an author with great craft and potential.”
— Kirkus Reviews

“An immersion into the heart of India…. Deb is a fluid, thoughtful novelist.”
— Village Voice

“A compelling account of an unstable region’s hopes and frailties by way of an individual’s tortuous soul search.”
— Time Out New York

Siddhartha Deb was born in northeastern India in 1970. His first novel, The Point of Return, was a New York Times Notable Book of the Year. His reviews and journalism have appeared in the Boston Globe, the Guardian, The Nation, the New Statesman, and the Times Literary Supplement. He came to New York on a literary fellowship in 1998, and now divides his time between India and New York.