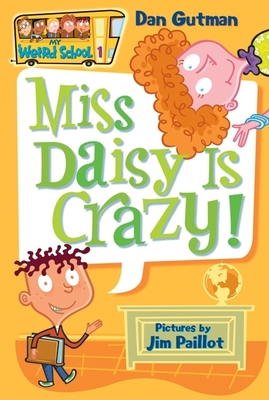 In the first My Weird School book ever, second-grade teacher Miss Daisy is in over her head at Ella Mentary School. She doesn't even know how to add or subtract!

But the students, like A.J. and his friends, have other things on their minds. Principal Klutz has promised their class that if they read a million pages in books, they can turn the school into a video-game arcade for one whole night!

Perfect for reluctant readers and word lovers alike, Dan Gutman’s insanely popular My Weird School series has something for everyone. Don’t miss the hilarious adventures of A.J. and the gang!