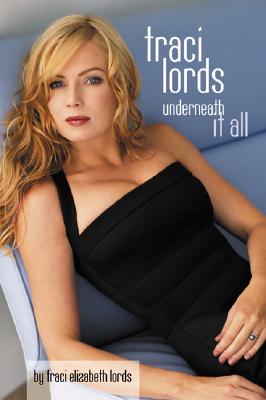 At 14, Nora Kuzma ran away from home and ended up on the dirty streets of Hollywood. She fell in with a fast crowd, and her dreams of modelling soon landed her a spectacular centrefold in Penthouse magazine, where at 15 she became internationally known as 'Traci Lords'. From there she appeared in numerous adult films and magazines, denying her past and battling a deep addiction to cocaine and men. Three years later she got out. This is her memoir – a tale of loss, redemption, and ultimate survival as Traci Elizabeth Lords takes you into her secretive past, faces her demons, and shares her extraordinary journey of personal growth.

Traci Elizabeth Lords has starred in dozens of films and television shows, including Cry-Baby, Stephen King's The Tommyknockers, Melrose Place, and First Wave. Her groundbreaking album 1,000 Fires was a critical and dance club hit. She lives in Los Angeles with her husband and two cats. This is her first book.


Praise For Traci Lords: Underneath It All…

“Frank, opinionated, intelligent, drenched in emotion….Will have readers cheering Lords on as they speed through its gritty, big-souled pages.”
— Publishers Weekly
or
Not Currently Available for Direct Purchase
Copyright © 2020 American Booksellers Association