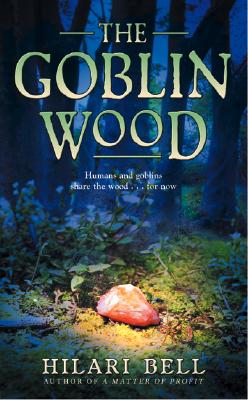 Makenna is a young hedge witch, forced to flee her village the day her mother is murdered for practicing magic.

In the wilds of the forest, she forms an unexpected alliance with the mysterious goblins, and together they resolve to fight back against the humans and the cruel Decree of Bright Magic.

But as Makenna grows more successful and her goblin army becomes stronger, her existence threatens the ruling Hierarchy's plans for the country. She evades every trap they set, until a young knight named Tobin comes to the Goblin Wood hoping to regain his lost honour. And each of them finds something else instead...


Praise For The Goblin Wood…

“A complex novel . . . recommended for both male and female yas, especially fans of fantasy.”STARRED REVIEW
-KLIATT

“Fast-paced adventure fantasy. Readers who enjoy being swept up in intelligent action will leap right in.”
-The Bulletin of the Center for Children’s Books