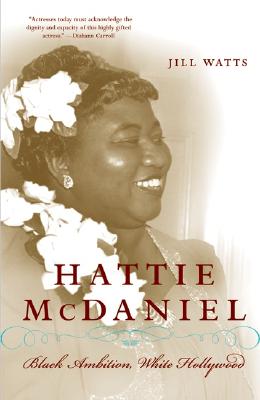 From an accomplished historian comes an uncompromising look at the pervasive racism in Hollywood, as seen through the life and times of actress Hattie McDaniel

Hattie McDaniel is best known for her performance as Mammy, the sassy foil to Scarlett O’Hara in the movie classic Gone with the Wind. Her powerful performance won her an Oscar® and bolstered the hopes of black Hollywood that the entertainment industry was finally ready to write more multidimensional, fully-realized roles for blacks.

But despite this victory, and pleas by organizations such as the NAACP and SAG, roles for blacks continued to denigrate the African American experience. So Hattie McDaniel continued to play servants. “I’d rather play a maid then be a maid,” Hattie McDaniel answered her critics, but her flip response belied a woman who was emotionally conflicted. Here, in an exhaustively detailed and incisive text by a talented historian, is the story of a valiant woman who defied the racism of her time.

“A provocative biography.”
— Edward Rothstein, The New York Times on Mae West: An Icon in Black and White