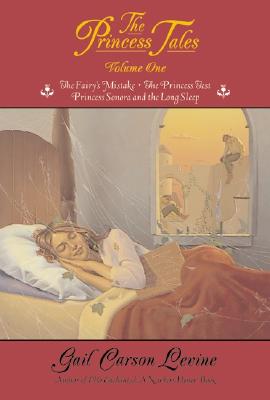 The Princess Tales, Volume I

A kind sister and a cruel one. A charming prince. A spiteful fairy. A hundred-year snooze. A pea under a pile of mattresses. A kiss.

All the familiar ingredients, but why is the punished sister happy? Where did that extra prince come from, and what does a flock of balding sheep or a fleck of tuna in a chocolate cake have to do with anything?

Gail Carson Levine has waved her magic wand over three well-known fairy tales, and presto! They are transformed -- and sparklingly funny-in these delightful retellings:

Happily ever after has never been so hilarious!


Praise For The Princess Tales, Volume I…