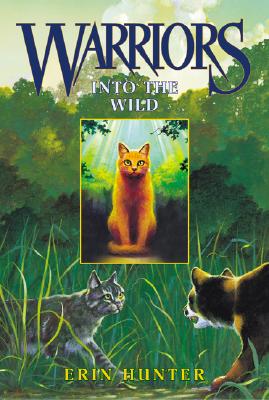 Join the legion of fans who have made Erin Hunter's Warriors series a #1 national bestseller Epic adventures. Fierce Warrior cats. A thrilling fantasy world. It all begins here with Warriors #1: Into the Wild.

For generations, four Clans of wild cats have shared the forest according to the laws laid down by their ancestors. But the warrior code is threatened, and the ThunderClan cats are in grave danger. The sinister ShadowClan grows stronger every day. Noble warriors are dying--and some deaths are more mysterious than others.

In the midst of this turmoil appears an ordinary housecat named Rusty . . . who may turn out to be the bravest warrior of them all.


Praise For Into the Wild…

“Action-packed adventure. Certain to please any young reader who has ever wondered what dreams of grandeur may haunt the family cat.”
-Publishers Weekly

“[The] first spine-tingling episode in the planned Warriors series. Sure to appeal to...followers of Brian Jacques’ ongoing Redwall series.”
-ALA Booklist

“The cat characters are true to their feline nature, making this sure to appeal to fans of Clare Bell’s long popular “Ratha’s Creature” and its sequels and to followers of Brian Jacques’ ongoing Redwall series.”
-Booklist