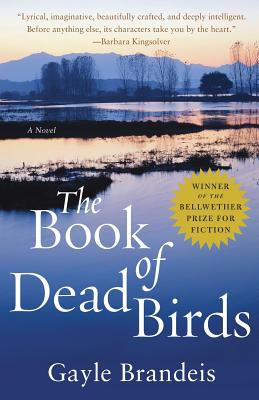 The Book of Dead Birds

Ava Sing Lo has been accidentally killing her mother's birds since she was a little girl. Now in her twenties, Ava leaves her native San Diego for the Salton Sea, where she volunteers to help environmental activists save thousands of birds poisoned by agricultural runoff.

Helen, her mother, has been haunted by her past for decades. As a young girl in Korea, Helen was drawn into prostitution on a segregated American army base. Several brutal years passed before a young white American soldier married her and brought her to California. When she gave birth to a black baby, her new husband quickly abandoned her, and she was left to fend for herself and her daughter in a foreign country.

With great beauty and lyricism, The Book of Dead Birds captures a young woman's struggle to come to terms with her mother's terrible past while she searches for her own place in the world.


Praise For The Book of Dead Birds: A Novel…

“Lyrical, imaginative, beautifully crafted, and deeply intelligent. Before anything else, its characters take you by the heart.” — Barbara Kingsolver

“[It] has an edgy beauty that enhances perfectly the seriousness of its contents.” — Toni Morrison

“THE BOOK OF DEAD BIRDS is a story of healing--a skillful, textured weaving of dark and light.” — Donna M. Gershten, author of KISSING THE VIRGIN'S MOUTH

“The plight of the mother and daughter is … heartbreaking.” — Kirkus Reviews

“Intricate and elegant ... a novel that illustrates a compelling search for meaning that is ultimately familiar.” — Denver Post

“[A] vivid tale of a woman learning to save and cherish life.” — San Francisco Chronicle

Gayle Brandeis is the author of  The Book of Dead Birds, the winner of Barbara Kingsolver's Bellwether Prize, an award in support of a literature of social change. Reviewers have highly praised this, her first novel, and Toni Morrison said: "It has an edgy beauty that enhances perfectly the seriousness of its contents."  She is also the author. Fruitflesh: Seeds of Inspiration for Women Who Write.