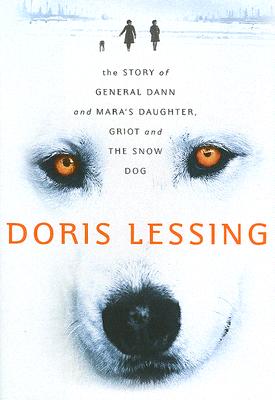 The Story of General Dann and Mara's Daughter, Griot and the Snow Dog

In her visionary novel Mara and Dann (published in 1999), Doris Lessing introduced us to a brother and sister battling through a future landscape where the climate is much changed -- colder than ever before in the north and unbearably dry and hot in the south. In this new novel the odyssey continues.

Dann is grown up now, hunting for knowledge and despondent over the inadequacies of his civilization, traveling with his friend, a snow dog who brings him back from the depths of despair. And we meet Mara's daughter and Griot with the green eyes, an abandoned child-soldier who, in this strange and captivating adventure, discovers the meaning of love and the ability to sing stories.

Like its predecessor, this brilliant new novel from one of our greatest living writers explains as much about the world we now live in as it does about the future we may be heading toward.