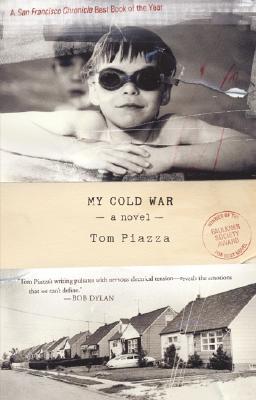 A sharp, searching novel of an American son and the family he left behind 埦rom a writer of rare breadth and human insight.

My Cold War is a critically acclaimed debut novel of extraordinary depth and range : the story of a man's alienation and attempts at reconnection with his family, and a rich exploration of the thorny implications of American popular culture.

At its center is John Delano, a professor of Cold War Studies and successful mass–market historian a la Stephen Ambrose or Ken Burns. Raised by an awkward, embittered father and a frustrated mother in a Levittown–style suburb on Long Island, Delano has made a name for himself as a gimmicky interpreter of Cold War America, a controversial but popular repackager of events like the JFK assassination for those who lived through them without noticing.

And yet, as the novel opens, Delano has reached an impasse: during a crisis of confidence, he shelves a major new book project in favor of a quest to drive to the Midwest and seek out his estranged younger brother. But when the trip ends in a sobering discovery that his brother has led a life of desperate transience, grasping at straws and scapegoats 埨e undergoes an epiphany that propels him back to the newly sacred ground where he and his brother were raised.

Long recognized as a writer of exceptional vision and unflinching candor, Tom Piazza has crafted a novel full of incident and argument, a book that speaks with depth and range about what it has meant to be American in our time.


Praise For My Cold War: A Novel…

“This novel is like a treasure hunt, which is to say it is very well-observed.” — —Norman Mailer