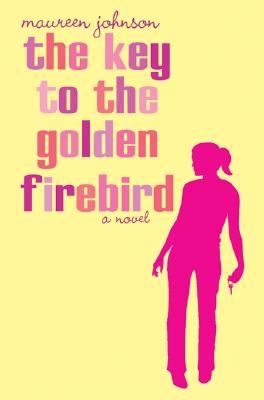 The Key to the Golden Firebird

The funny thing about stop signs is that they're also start signs.

Mayzie is the middle sister, sent to private school because of her brains. Brooks, the oldest, is a beautiful athlete who's conflicted about her two loves: softball and Dave. Palmer is the youngest, tentative in all but her blistering pitches as the only freshman on varsity softball. Though very different, the Golds are sisters through and through.

When the unthinkable happens -- the death of their father -- a year passes in shattered silence. Brooks begins drinking, Palm withdraws, and May is left to fend for herself. She gets a job at a coffee spot, and hits the books. But the one thing she can't do alone is learn to drive. That's when Peter, her lifelong nemesis and all around thorn-in-side, assumes a surprising new role in May's life: he teaches her to drive, and the connection between them changes from childhood animosity to one that May can't understand, or doesn't yet want to.

As May slowly starts to pick up the pieces of her life, her sisters struggle with their own demons. The Gold sisters have been changed irrevocably, and they are all but lost to one another, until the key is found. The key to their father's Pontiac Firebird.