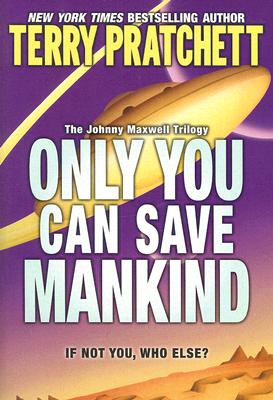 Only You Can Save Mankind (Johnny Maxwell Trilogy #1)

The alien spaceship is in his sights. His finger is on the Fire button. Johnny Maxwell is about to set the new high score on the computer game Only You Can Save Mankind.

Suddenly, a message appears:
We wish to talk. We surrender.


Praise For Only You Can Save Mankind (Johnny Maxwell Trilogy #1)…

“An impressively original book with its thrills and spills, its inventiveness, its wit, and continuous readability. A rare treat.”
— Daily Telegraph (London)

“The compelling premise and Pratchett’s humorous touches may well attract fans to this trilogy.”
— Publishers Weekly