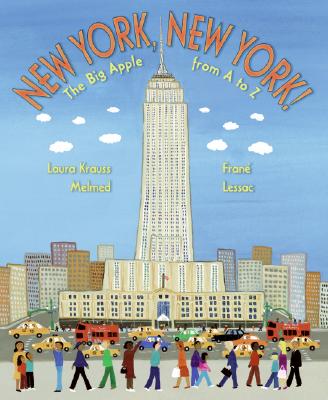 The Big Apple from A to Z

From bestselling duo Laura Krauss Melmed and Frané Lessac comes an alphabetical picture book tour of one of the greatest cities in the world, New York!

Welcome to the Big Apple! This city has something to offer everyone, from A to Z. Come visit the American Museum of Natural History and see prehistoric animals, get a bird's-eye view of the Brooklyn Bridge, and check out Central Park.

Fascinating details about the many neighborhoods and historic places of New York City accompany Melmed's lively, informative verse, and Lessac's vibrant folk-art paintings capture the essence of this unique and rich place that was once called the melting pot of America.