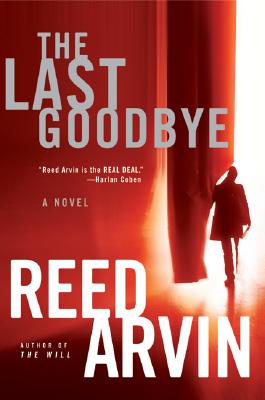 From the hot new suspense writer critics predict will have Grisham fans "switching their allegiance in midstream" comes a thrilling tale of love and murder set on the mean streets and in the sleek society haunts of Atlanta. . . .

Sleeping with a client's gorgeous girlfriend may have been the gutsiest move in Jack Hammond's formerly booming law career, but it wasn't the smartest. Booted from his elite law firm, Jack now scrapes by as a court-appointed attorney, his client list a revolving door of small-time drug offenders and petty thieves.

When his friend -- a computer whiz and former addict who'd brought his life back from the brink -- is found dead in his apartment with a syringe stuck in his arm, Jack knows something is very wrong.

Where the cops see just another overdose, Jack sees a murder. Investigating the case, he learns that his friend was obsessed with a beautiful singer -- who also happens to be half of the most popular power couple in Atlanta.

Talented and privileged, the spellbinding Michele Sonnieris nevertheless a deeply troubled woman, plagued by secrets. Against his better judgment -- and in a disturbing echo of his earlier fall from grace -- Jack is pulled further and further into her world, where he discovers more suspicious deaths, all pointing toward a mysterious cover-up.

A volatile tale of love, betrayal, and murder shot through with tenderness and poignant humanity, The Last Goodbye is a riveting thriller with a thunderously beating heart, a masterful page-turner that probes the meaning of love and the burdens of the past.


Praise For The Last Goodbye…

“. . . breathlessly entertaining . . . as irresistible as a call from the grave for revenge.”
-Kirkus Reviews

“Compelling...[the] characters are …fully fleshed out and believable...The Will could be the beginning of an impressive career.”
-Denver Post on The Will

“Arvin...combin[es] an array of supporting characters who colorfully illustrate the racial and economic divide of the new Atlanta...”
-Entertainment Weekly

“As the suspense comes to a boil, so do the hero’s feelings for his dead buddy’s troubled girlfriend.”
-Us Weekly ("Hot Book Pick")

“On par with the early works of Grisham, this thriller is enlivened with sparkling dialogue and deft descriptions of place.”
-Booklist on The Will

“A mesmerizing thriller ...readers who value intelligence, fine writing and action will find it all in this outstanding novel.”
-Publishers Weekly