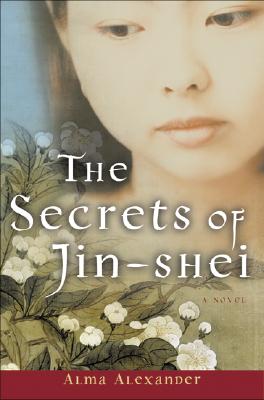 Enter an ancient world of courtly elegance and intrigue, where sages are also sorcerers, and the daughter of a lowly seamstress can become a companion to an empress. In this magical land there is a secret language -- a language that women have passed down from mother to daughter for countless generations -- a language that signals a bond like no other . . . the bond of jin-shei.

Set in a mythical Chinese kingdom, The Secrets of Jin-shei is a timeless story of what sustains friendship -- and what tears it apart. Accepting all the joys and responsibilities of jin-shei, eight girls pledge lifelong loyalty to each other: the poet, Tai, whose promise to a dying girl changes the history of an empire; the warrior, Xaforn, an orphan who will protect her chosen family no matter what the cost; Khailin, the scholar, whose thirst for knowledge leads her into a world of dark secrets and alchemy; sage Nhia, the only person with the power to save Khailin; Tammary, the gypsy girl, whose secret lineage could ruin a royal house; Qiaan, daughter of a captain in the Imperial Guard, with family secrets of her own; the healer, Yuet, confidante to the empress; and the empress herself, Liudan, whose search for family and ultimate quest for immortality holds the power to destroy them all.


Praise For The Secrets of Jin-shei: A Novel…

“Vivid and involving...an exotic journey into the imagination, and a graceful exploration of the heart.”
— --Victoria Strauss, author of The Burning Land

“Alexander has created a world of depth and detail in The Secrets of Jin-Shei. A fine, rich novel.”
— Louise Marley, author of The Child Goddess, The Glass Harmonica, and The Terrorists of Irustan

“...sure to be popular with fans of Amy Tan, Gail Tsukiyama, and even Marion Zimmer Bradley.... Highly recommended.”
— Library Journal - starred review

“Alexander expertly weaves the lives of characters into a plot full of intrigue and magic....”
— Orlando Sentinel

Alma Alexander is the author of several previous novels, including Worldweavers: Gift of the Unmage and Worldweavers: Spellspam. She was born in Yugoslavia, grew up in the United Kingdom and Africa, and now lives in the state of Washington.