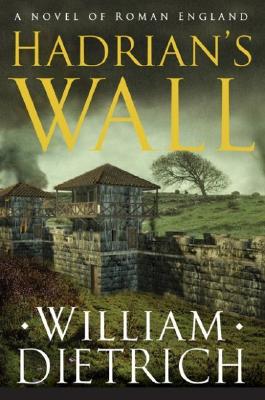 The Wall. When the Roman emperor Hadrian first envisioned the awesome edifice in A.D. 122, he used stone, wood, and iron to shield Roman Britannia forever from the unconquered Celtic barbarians. Stretching over seventy milesto divide the island, Hadrian's Wall has maintained the security of the Roman Empire's northern outpost for more than two hundred years. Now a Roman bride has come who will unleash jealousy, passion, and an epic war that will shake a tired and tottering empire to its core.

Tribune Marcus Flavius has secured command at the Wall not through battles fought or wars won, but through his arranged marriage to Valeria, a senator's daughter. He replaces a brutal veteran, Galba Brassidias, an ambitious soldier whose skill in battle is rivaled only by his Machiavellian brilliance. But Galba will do anything it takes to regain his position and dominate the young woman who fascinates and infuriates him.

The intrigue on the Roman side of the Wall is matched by the plotting of Celtic warriors determined to rid their land of the invaders. They are led by the dynamic and mysterious barbarian chieftain Arden Caratacus, a man who seems to know as much about hated Rome as he does of his own people, and who is determined to win the young woman for himself.

Theirs is a story of swirling emotions, ancient warfare, desperate romance, and the final great clash of Roman and Celtic cultures. All will be decided on the field of battle, where the fate of an empire may rest in the strength of Hadrian's Wall.