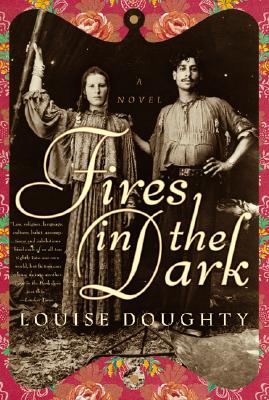 Fires in the Dark

His breathing was so slight she could scarcely detect it, even when she lowered her face to his. The smell of him, like new bread, or was it her smell? She could not tell. He and I smell identical, she thought, smiling in the darkness. The barn was softly warm, and the warmth and softness wrapped around mother and child as they curled together in the gloom, breathed together, smelled the same.'Yenko,' Anna whispered in her son's ear.'Your real name is Yenko.'

It is 1927. In the heart of Central Europe, a son is born to Josef, leader of a nomadic group of Coppersmith Gypsies, and his wife, Anna. For the benefit of most people he is named Emil, but his real name, known only to his mother, is Yenko.

Born in a time of peace and prosperity, Yenko grows up during the Great Depression of the 1930s and is then caught up in the Nazi invasion of Czechoslovakia and in World War II. Soon he and his family are fugitives. . . . Their flight will end in tragedy for some and miraculous escape for others. . . .

From the inter war years through the drama of the Prague uprising of 1945, Fires in the Dark is a breathtaking novel of epic scope. Louise Doughty has created an authentic and compassionate portrayal of Romany life -- and a celebration of a greatly misunderstood culture, told through the story of one family living in an extraordinary time in history.