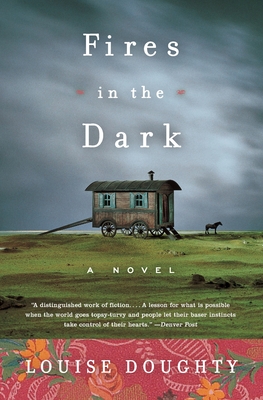 Fires in the Dark

Fires In the Dark reveals the highly secretive and misunderstood world of the coppersmith gypsies.

In 1927, when prosperity still reigns in Central Europe, Yenko is born to two Coppersmith Gypsies. His parents, Josef and Anna, are nomads who raise their son during the relative calm of the Great Depression of the 1930s. Soon, though, dangerous times threaten to unsettle their family, as their heritage makes them vulnerable targets for ethnic cleansing. As Germany invades Czechoslovakia and the conflicts of World War II begin to unfold, Yenko and his parents become fugitives, forced on a journey that promises only great uncertainty and offers survival as a remote possibility. In the course of their flight, the burden of an ancient tradition rests entirely on Yenko's shoulders.

In capturing the desperation and perseverance of one family during an extraordinary time in history, Louise Doughty pays powerful homage to an insular and little-known culture.